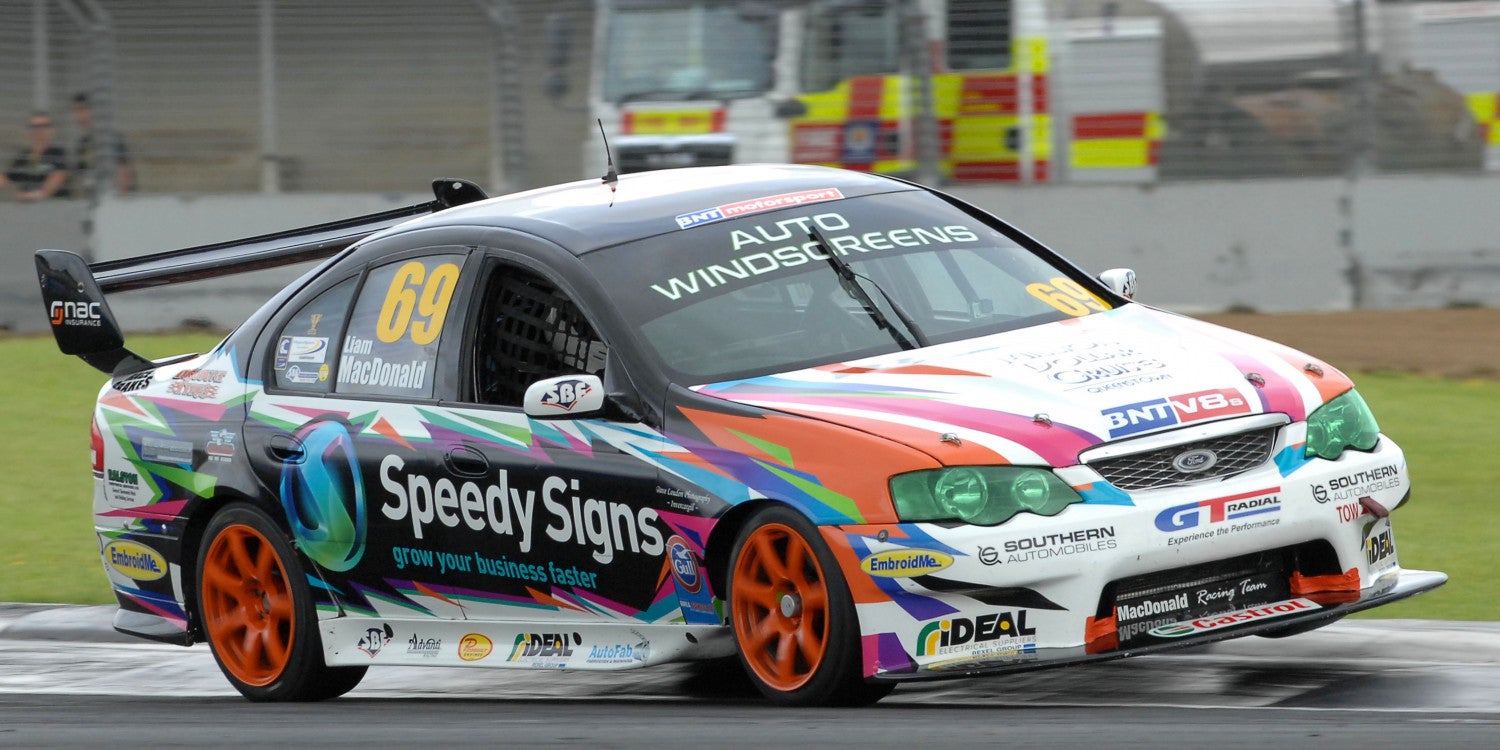 Back to Signwriters Blog
Invercargill driver Liam MacDonald has made back to back titles as the BNT NZ Touring Car Series Class 2 Champion! MacDonald racked up seven race wins in his Speedy Signs Ford Falcon this season, claiming the title in the eighteenth and final race at Hampton Downs Motorsport Park in North Waikato.

After qualifying the Falcon as third fastest on Saturday morning, MacDonald was running second ahead of his championship rival Chelsea Herbert in the opening race on Saturday afternoon. However, Herbert made contact, spinning the Falcon around a lap from home. MacDonald recovered and went on to finish fifth but the incident cost valuable points, taking his 12 point lead down to a one point buffer over Herbert.

Sunday morning saw MacDonald leading for most of the race, a huge battle with Brock Timperley. MacDonald took the win while Herbert, who had climbed as high as second, spun after contact with Jason Bargwanna of Australia dropping her to fifth. This set up a huge finale with MacDonald extending his points lead over Herbert with Timperley still in contention in third place.

MacDonald took second place in the final race which was enough to give the Southlander his second title in succession. Liam was “stoked” to retain the title. “Last year we had no troubles all season, this year we had to overcome some problems and we had some DNF’s,” (non-finishes). “It feels good to have taken the championship.”