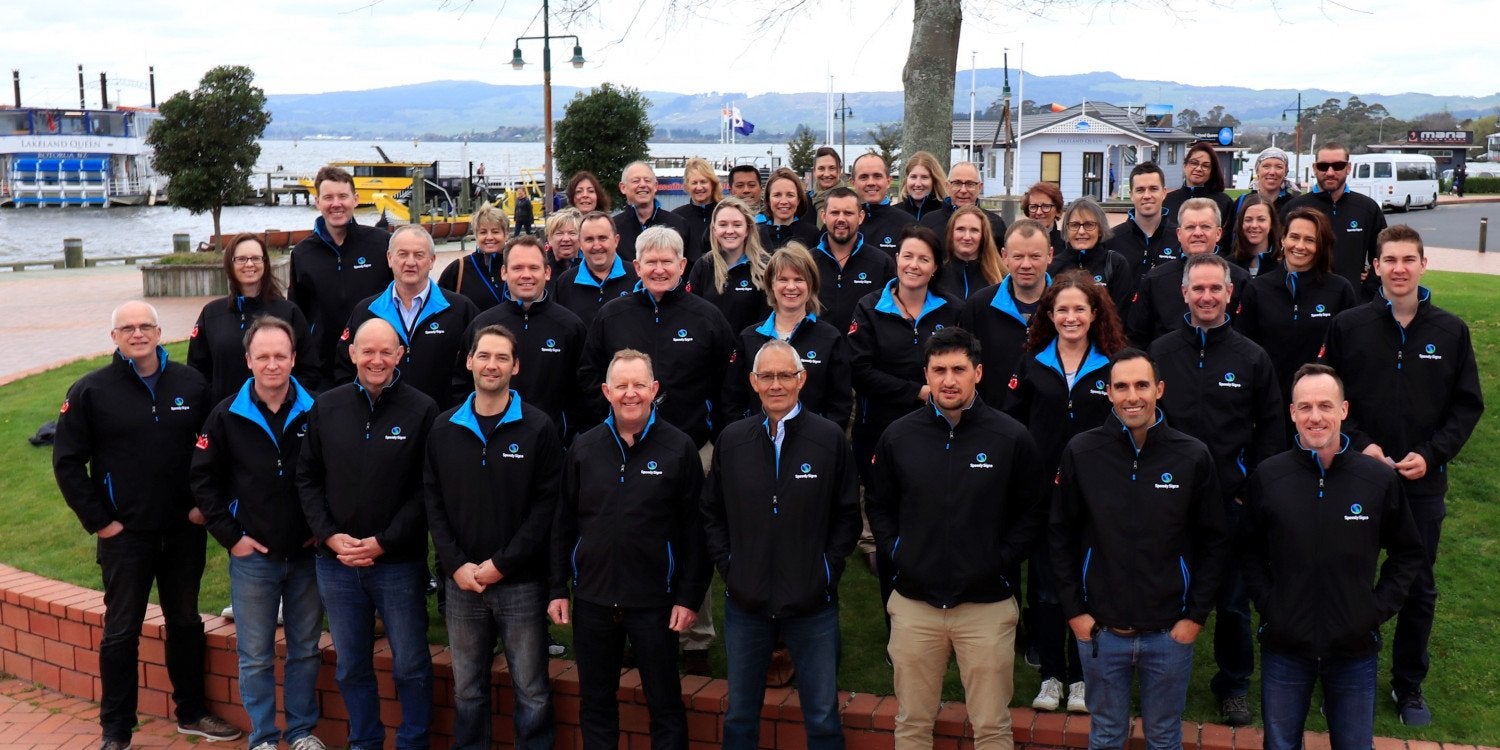 Back to Signwriters Blog
Earlier this year the group celebrated 20 years in business at their anniversary conference in Rotorua. The highlight of the event was the Sign Awards Gala which recognised the high standards of design and excellence in sign making across the group. With over 250 entries, the judging process was certainly not easy, and after much deliberation, 13 stores came away with prestigious awards across the 11 categories.

We are pleased to announce two decades of evolution and growth, as we celebrate the birth of the Speedy Signs brand in New Zealand 20 years ago.

In 1998, the Speedy Signs pilot store in Penrose, Auckland commenced operations. Since then, a further 24 locations have opened with the brand now represented nationwide, from Whangarei to Invercargill.

Speedy Signs CEO, Grant Archibald, commented "While the 20 years have passed quickly, I still remember the day we opened in Penrose, Auckland. Our eldest son was only a baby in our grand opening photo, and now, he's a married man.

The Penrose business has grown exponentially sine then, as has the Speedy Signs brand —with no signs of stopping. We are now planning on opening another half dozen franchised locations in Gisborne, Napier, Wanganui, Blenheim and Timaru" says Archibald.

In September, the group celebrated this momentous occasion together at their 20th anniversary conference on the Rotorua Lakeside. Not only was this location a nod to where the group’s first National Conference was held, but it’s also where the journey began, in the home town of Speedy Signs CEO, Grant and his wife Sarah.

This 2.5 day celebration was jam packed with activities, including an afternoon at Off Road NZ where the group battled it out in a ‘speedy’ paced go-kart race.

The highlight of this year’s event was Sunday’s Sign Awards Gala Dinner which recognised the high standards of design and excellence in sign making across the group. With over 250 entries, the judging process was certainly not easy, and after much deliberation, 13 stores came away with prestigious awards across the 11 categories.

The same milestone is also being celebrated in Australia, where Signarama now have 105 locations. Signarama Brand Leader, Evan Foster commented “There have been many positive changes in the sign industry in the last 20 years that have helped our franchise locations succeed. The future promises to be even more exciting as we embrace new technologies and product lines to strengthen our network.”